Home » Publications » Export of aquatic products forecast to grow 8 percent in Q2
Published on May 20, 2019

Exports of aquatic products in the second quarter could increase by 8% at the highest, according to the Vietnam Association of Seafood Exporters and Producers (VASEP).

The association said the increase could be achieved if shipments of seafood such as sea fish, tuna and octopus post strong growth and those of Tra fish are kept stable.

Aquatic product exports in the first quarter of this year showed a slowdown with an increase of only 1% to USD 1.8 billion, due to the downward trend in shrimp export that has persisted since last year. Shrimp shipments in the January-March period dropped by 17% amidst falling prices, high stockpiles in overseas markets and fierce competition in the world market.

Tra fish exports also posted a lower growth in the first quarter this year, at 8%, compared to 37% in the previous quarter. However, exports of several kinds of seafood rose strongly, such as tuna (19%), squid and octopus (12%) and other fish (22%).

On terms of markets for Vietnamese seafood, the US dropped to the third place after Japan and the US due to reductions in its import of shrimp and Tra fish. High anti-dumping tariffs and competition pressure will continue to affect Vietnam’s export of shrim and Tra fish to this market in the months ahead.

However, VASEP hopes that the upcoming two seafood fairs in the US and Europe will help import demands in those two markets pick up. 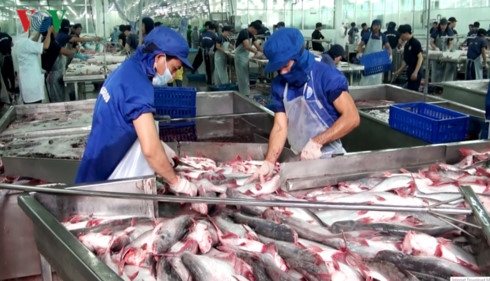 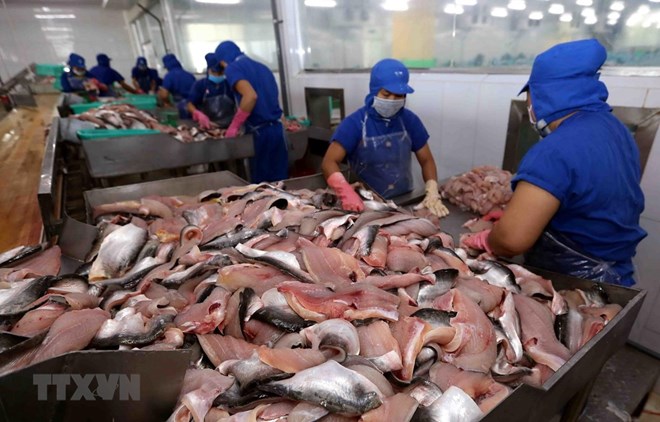 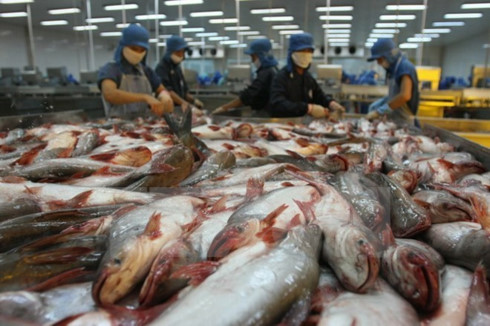 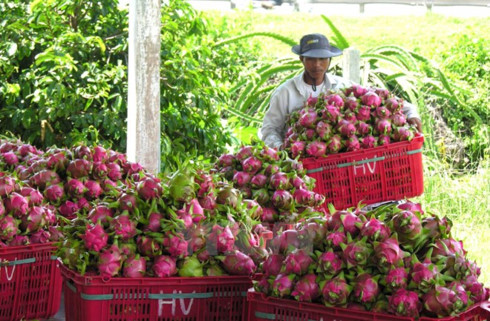