The Vietnamese private economic sector has been developing strongly, with more and more enterprises and investment capital. What do you think about this?

The private economic sector has indeed been growing from strength to strength, as is shown by various metrics and indicators. Specifically, in 2017 and 2018, the investment capital in the sector grew by 17.1 and 18.5% on-year, respectively, far higher than the annual 11-12% rise in the economy’s development investment capital. The private economic sector’s contributions to the economy’s development investment capital has also quickly increased and exceeded 40%. The ratio was 40.6% in 2017 and 43.27% in 2018.

The state’s budgetary revenue from the private economic sector has also been rising rapidly, at an annual average of more than 15%, which is twice as high as the growth of the contributions of foreign-invested enterprises (FIEs), while SOEs’ contributions are strongly decreasing.

The year 2018 was also the first time that state budget revenue from the private economic sector exceeded those of FIEs and SOEs. In the first quarter of 2019, 28,451 enterprises were established, up 6.2% on-year. The quarter also witnessed more than 15,000 enterprises resume operations, up 78.1% on-year.

In this quarter, the private economic sector’s investment grew by 13.6% on-year, almost doubling that of FIEs and four times higher than that of SOEs. Also, many projects have been implemented by Vietnamese private enterprises.

These numbers highlight the strong growth of the domestic private economic sector and the significant changes it has made.

This is very important, because as all of us know, the openness of the Vietnamese economy is now at a rate of nearly 200%, as the economy largely depends on external factors. The strong development of the domestic private economic sector has been consolidating the economy’s scale, competitiveness, resilience, and self-reliance.

The strong growth of the private economic sector is a show of the business community’s confidence in doing business in Vietnam. How do you see the local business and investment climate?

Many businesses and entrepreneurs have told me of this great confidence, especially their confidence in the government’s efforts to provide macroeconomic stability and maintain the economic growth, while forging ahead with economic restructuring, institutional reform, and improving the business and investment climate so that Vietnam can compete against regional economies.

However, frankly speaking, there is still a long way to go to create a truly attractive business and investment environment for the private sector to play and to foster novel and innovative ideas.

It is because the ranking of Vietnam’s business climate and competitiveness remains relatively low in the world. In the World Bank’s annual Doing Business survey, Vietnam sat at 69th out of 190 nations surveyed in 2019, down one place from 2018.

Investors do not yet feel secure when conducting long-term investment in Vietnam due to a series of obstructions, such as high costs and long working hours to ensure compliance with the law, as well as business risks and the low level of protection of investors’ assets and enforcement of contractual obligations.

In addition, administrative procedures in Vietnam remain complicated, with agencies failing to work in concert to resolve issues for businesses. There are still many barriers for enterprises to access resources.

The application of IT and implementation of e-transactions in administrative procedures and public services also remain at a low level.

Reforms in specialised management and examination have brought about initial results in a number of ministries and sectors. However, this remains far from the desired outcomes as many ministries have yet to take action to boost reforms.

Many enterprises are still lamenting over difficulties in expanding production and business sites due to high risks in land clearance and the lack of transparency.

It is clear that enterprises have taken the initiative to develop themselves, with improvements in competitiveness and productivity. However, they still need support from the state so that they can develop before becoming an even stronger driver of the economy.

What assistance will the state provide for the private economic sector to achieve this?

We are still seeing deep-rooted issues, despite the headway we have made so far. For example, the economy’s scale remains quite small and is lagging behind in competitiveness and productivity. Economic reforms and restructuring are at the initial stage, while issues like climate change, natural disasters, and epidemics, as well as external challenges are becoming all the more complicated.

These are the challenges and difficulties facing the economy, while the state’s resources remain limited.

With this in mind, the state needs to continue boosting administrative reforms and improve the domestic business climate more effectively and practically.

This would make it more favourable for enterprises to join the market at a lower cost and develop quickly.

The state is also looking to bring more transparency and attractiveness to all mechanisms and policies for enterprises, so that they can boost innovation and creativity and approach new technologies. I would like to stress this point because the Fourth Industrial Revolution and the digital economy are creating immense opportunities for nations like Vietnam to make breakthroughs in development, thanks to new production methods and new business models.

Now it is extremely important that the state extends its support to enterprises so that they can contribute much more to the economy through a modern institution and advanced technologies.

Addressing the recent conference on orientations and tasks in 2019 for the planning and investment sector, you stated that management cannot stay 1.0 in a 4.0 economy. Could you elaborate on this?

It is necessary to improve the effectiveness of state governance, which is closely linked to the construction of a well-arranged, efficient, and effective political system, which is in line with the modern market economy and the country’s international integration.

It is also necessary to improve the effectiveness of policies at all levels and in all sectors, with enhanced transparency and accountability.

If we do this well, we can make breakthroughs in production, with a focus laid on private economic sector development, and improve private firms’ capacity and access to resources, which closely pertains to renewal, innovation, and the establishment of a fair business climate. In the scheme to establish the National Innovation Centre that has just been submitted to the government by the Ministry of Planning and Investment, we also wish to materialise this requirement via the improvement of the capacity for receiving and applying technologies, especially Industry 4.0 technologies, to Vietnamese enterprises, state management agencies, and policy-making agencies.

The private economic sector will become a real driver of the economy when it receives a favourable policy environment and a facilitating business climate. 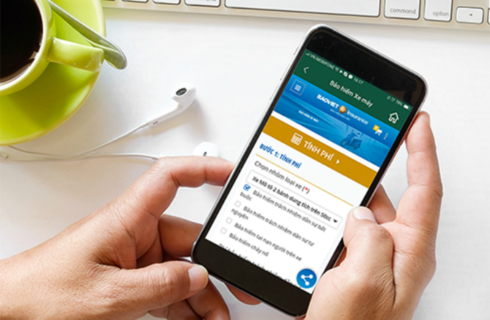 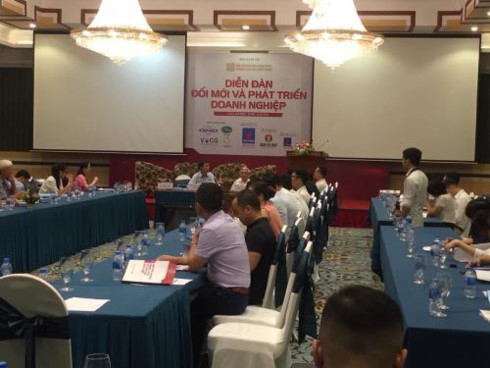 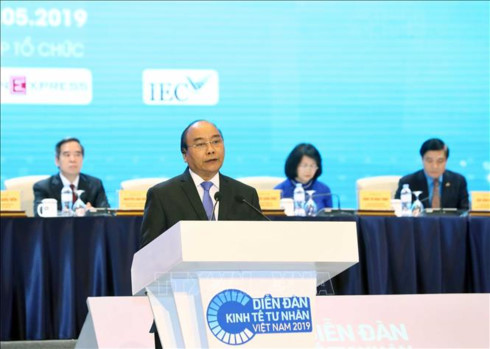 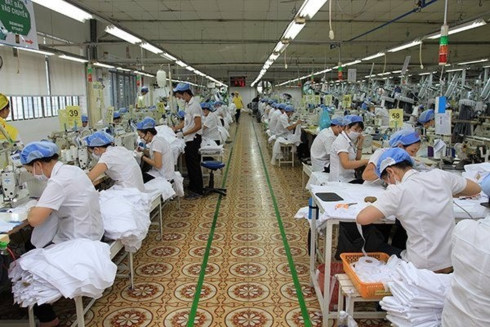